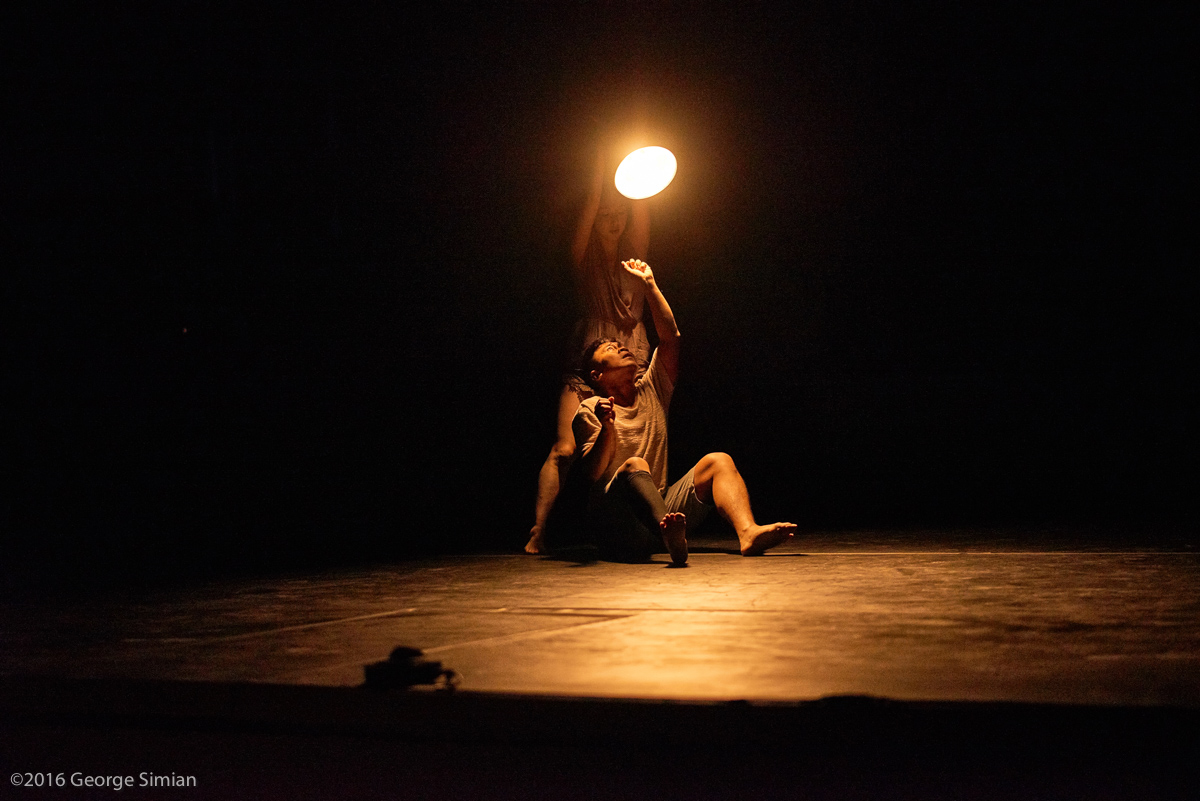 A behind the scenes look at our dance film illuminate premiering at Annual Downtown Culver City Holiday Tree Lighting.

Meet the Incredible Team of Creatives

A Message from our friends at Downtown Culver City:

Join us on Thursday, December 10 at 6pm PST, on DowntownCulverCity.com exclusively, as we stream Culver City’s annual tree lighting celebration from California’s Heart of Screenland right to your home. Enjoy performances from Culver City High School’s Academy of Visual and Performing Arts, a specially created world-premiere dance film by Invertigo Dance Theatre, and VOX Femina vocalist Lesili Beard as well as appearances by Culver City Council members and our special guest, Academy Award-winner Tim Robbins, Artistic Director of the Actor’s Gang Theatre. Count down with the Mayor as he flips the switch and lights the beautiful 22-foot Rocky Mountain pine tree with over 7500 warm-white LED lights. Downtown Business Association President Darrel Menthe will host and, of course, Santa Claus will be there, and he’ll be telling everyone how you can visit him – online, of course! It is 2020 after all!

Gather the family, make some hot chocolate, and share holiday greetings with your neighbors on our live chat as you watch. While we can’t be together in person this year, we are excited for this opportunity to come together as a community to celebrate this annual tradition and bring light and joy into our homes. 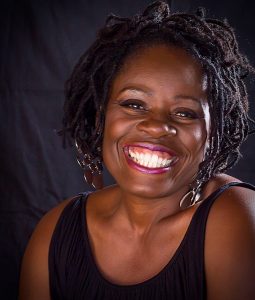 Internationally recognized vocalist and soulful performer Diana Lynn Wallace is the creator of InsideOutloud and the founder of Urth Rhythms in Los Angeles. A certified Music Medicine Facilitator, Diana creates unique programs weaving voice and drums with the evidence-based HealthRHYTHMS program. She also holds certificates in Social Emotional Arts, Beat the Odds, Rhythm for Youth, Village Music Play Shops and Drumming as a Peace Protocol.Growing up as the daughter of a preacher, she sang gospel music until world rhythms and indigenous music lit her musical torch. She spent years performing Reggae/Afro Pop which spawned her passion for percussion. Dianna has scored soundtracks for film shorts, theater and voice overs. She launched her CD Daydreams and Lullabies and many charting dance tracks in Europe and the UK, South Africa, Portugal and Italy. She is currently composing an album of meditation/devotional music. 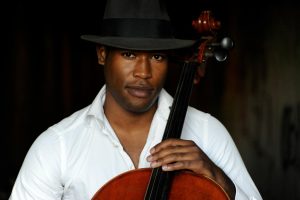 Najeeb Sabour is a New Orleans born and Texas raised composer, cellist, singer-songwriter, studying classical music at The Boston Conservatory and contemporary music at the Berklee School of Music. Najeeb takes his diverse community and cultural experiences into his eclectic style of composing and performing as he draws the listeners threw a journey of storytelling. @NajeebSabour 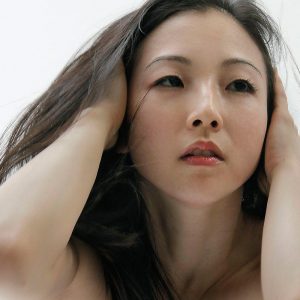 Hyosun Choi began dancing at the age of 4, mimicking her parents during their ballroom dance classes. Afterwards, she went to a Korean cultural dance school and quickly mastered the Korean drums, fans, and swords. At 7, she was winning National and Regional Ballroom Dance Competitions, including the Grand Prix. Due to family concerns that she might continue on the route to becoming a professional dancer, Hyosun quite dance for a decade to focus on her schooling.After graduating as high school valedictorian, Hyosun attended USC on a scholarship with acceptance to their accelerated pre-pharmacy program. In 3 years, she graduated USC with a B.A in Biology and a minor in Cinema. During her last year, Hyosun joined USC’s Jazz II Dance Company.Hyosun began recreationally dancing at EDGE Performing Arts Center as she secretly pursued professional acting. Surrendering to family pressure, she went to New York Law School.  In New York, she took open classes at Alvin Ailey, Broadway Dance Center (BDC) and STEPS. BDC’s faculty teacher, Ginger Cox, invited her to join LiNK Dance Company. This launched her professional dance career.  Hyosun currently dances with Invertigo Dance Theatre, LACDC, and Iris Company.  She is a certified trainer in the Gyrotonic and Gyrokinesis Methods, works as a Corporate Trainer at Bank of Hope, is admitted to the State Bar in CA and NY, plays cello, piano, and guitar, composes music, and reads books. Now and then, she sleeps. She is very happy. 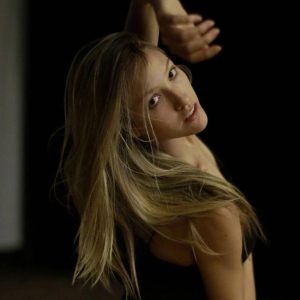 Corina Kinnear started her training at her mother’s studio Parker Dance Academy, and then at International Ballet School.  She continued in San Francisco, where she received her Bachelor of Fine Arts with Alonzo King’s Lines Ballet and Dominican University, as well as her certification as a Gyrotonic® instructor.  Since, she has danced and toured as a performing artist and choreographer with companies in Los Angeles, New York, Montreal, Colorado, San Francisco, and throughout Europe including Invertigo Dance Theatre, the Deutche Oper Ballet, LA Opera, MiMoDa, Gibson Muriva Dance Company, Deutche Fernsehballet, The Movement Movement, Apex Contemporary Dance Theatre, Arrogant Elbow, and creating work in residencies at PARTS in Brussels, the CND in Paris, TanzFabrik in Berlin, and for the Oydessy Theatre Dance Festival. 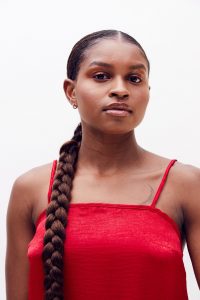 Nadia Maryam, a graduate of California Institute of the Arts, started dancing at Nevada Ballet Theater at the age of four. She later took part in a pre-professional company at Bunker Dance Center and continued her focus on dance in high school at Las Vegas Academy of the Arts, where she found that she most enjoyed training in modern and contemporary techniques. She has also trained in ballet, jazz, tap, ballroom, and hip-hop styles. Nadia has had the opportunity to study with a variety of world renowned teachers and choreographers, including Peter Chu, Jermaine Spivey, Spenser Theberge, Medhi Walerski, Faustin Linyekula, Travis Wall, Mia Michaels, Sonya Tayeh, Summer Lee Rhatigan, Tom Weinberger and Okwui Okpokwasili. In 2017 she received the opportunity to study under the direction of Ailey II’s artistic director, learning and performing a portion of Alvin Ailey’s Streams. In 2018, Muhammad was given the chance to learn and perform Ohad Naharin’s Decadance under the direction of Tom Weinberger and Bobbie Jene Smith. And more recently, she was granted the chance to learn Jiri Kylian’s Falling Angels from former NDT member, Fiona Lummis, and perform it at RedCat Theater in Los Angeles, CA. In 2019, allow an easement, a choreographic work Nadia developed with Kayla Aguila was adapted into a dance film created in collaboration with Audrey Collette and Simon Gulergun. The film remains successful in its achievement of being projected, and awarded for its quality at the Hammer Museum. Nadia Maryam is active and consistent in her mission to capture the visceral beauty of emotion and sensitivity using a multi-disciplinary vessel of text and movement. In merging humanity, physicality, and balancing sensations such as effort and pleasure, she believes the work created and performed can challenge boundaries of self, colleagues, and interpreters. 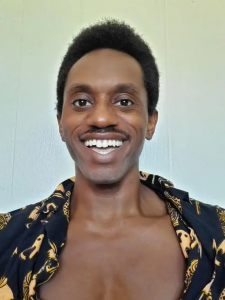 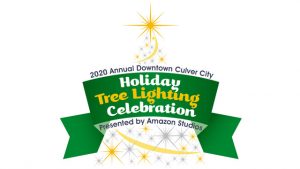 Music Composed and Performed by: Diana Lynn and Najeeb Sabour

Thanks to our community participants:

See how you too can be part of Illuminate:

12/2/2020 Update: The deadline to be part of our dance film has passed. Thank you to everyone who submitted and shared your light!